The top two reasons to come to Tromsø in the winter are to see the Aurora Borealis, or Northern Lights, and to go whale watching. Unfortunately, the best to see both don’t coincide. The Aurora can be seen from September to April whilst the whales are here from November to January. the winter months tend to be far cloudier making seeing the Aurora much harder when the whales are nearby.

Northern Lights a no show

Fortunately before this trip I didn’t have high expectations of seeing the Northern Lights.  I’ve spent over a month in Finnish Lapland in winter and seen only the thinnest slither of green on just one occasion. Not a good return. Once again my expectations weren’t exceeded.

You can book a Northern Lights chase with many companies in Tromsø. This means they’ll check the weather and, as the name suggests, drive to where they feel offers the best viewing. If unsuccessful they’ll move on to a new site. The drivers will even drive as far as Finland in search of the lights. The tours can last for six hours or even longer.

I booked my trip with Tromsø Friluftsenter as for me a small group chase was preferable to a large coach. The guides also offered tripods for cameras and advice on camera settings. My first night’s attempted viewing was cancelled due to thick cloud cover across the entire region. The following night didn’t look much more promising but the forecast did offer the chance of occasional breaks in the cloud. It’s nice to see that Norwegian weather forecasting is as bad as our own beloved Met Office! There were no breaks, even the moon refused to try and ‘shine’ through. Six hours chasing non-existent cloud breaks saps the soul. Still, Knut’s ‘nearly homemade chocolate cake’ and log fire kept the cold at bay for a while. I can’t fault the company, nature is just fickle. I would book again if I went back as if the prospects are bleak they offer the option to cancel and rebook for the following night. In fact, they offered this on both nights. Many companies don’t offer this and will take you out regardless, especially the larger buses. So well done Tromsø Friluftsenter.

Humpbacks and Orca make their winter home off the coast of Northern Norway where they hunt for herring. In the past the whales would winter around Tromsø but now the herrring seem to have moved and you have to head further north to Skjervøy for any chance of seing them.

I absolutely love whales so opted for the 8 hour trip with Arctic Expedition. It’s a 3 hour trip each way in their catamaran, the M/S Aurora Explorer, but through some breathtaking scenery so not a dull journey. I opted to pay extra for the chance to get closer still to the mighty cetaceans. Once wrapped up in an extra layer of clothing, balaclava, goggles and mittens, it was time to disembark into a 12 person RIB for 1+ hour hunting for whales.

Sadly we saw no Orca on this trip but a pod of 7 humpbacks provided plenty of thrills and excitement. When they come within an arms reach of you it is breathtaking. I’ll shut up now and let the photos do the talking.

If you want to see what other things there are to do in Tromsø check out the blogpost here. 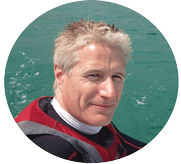